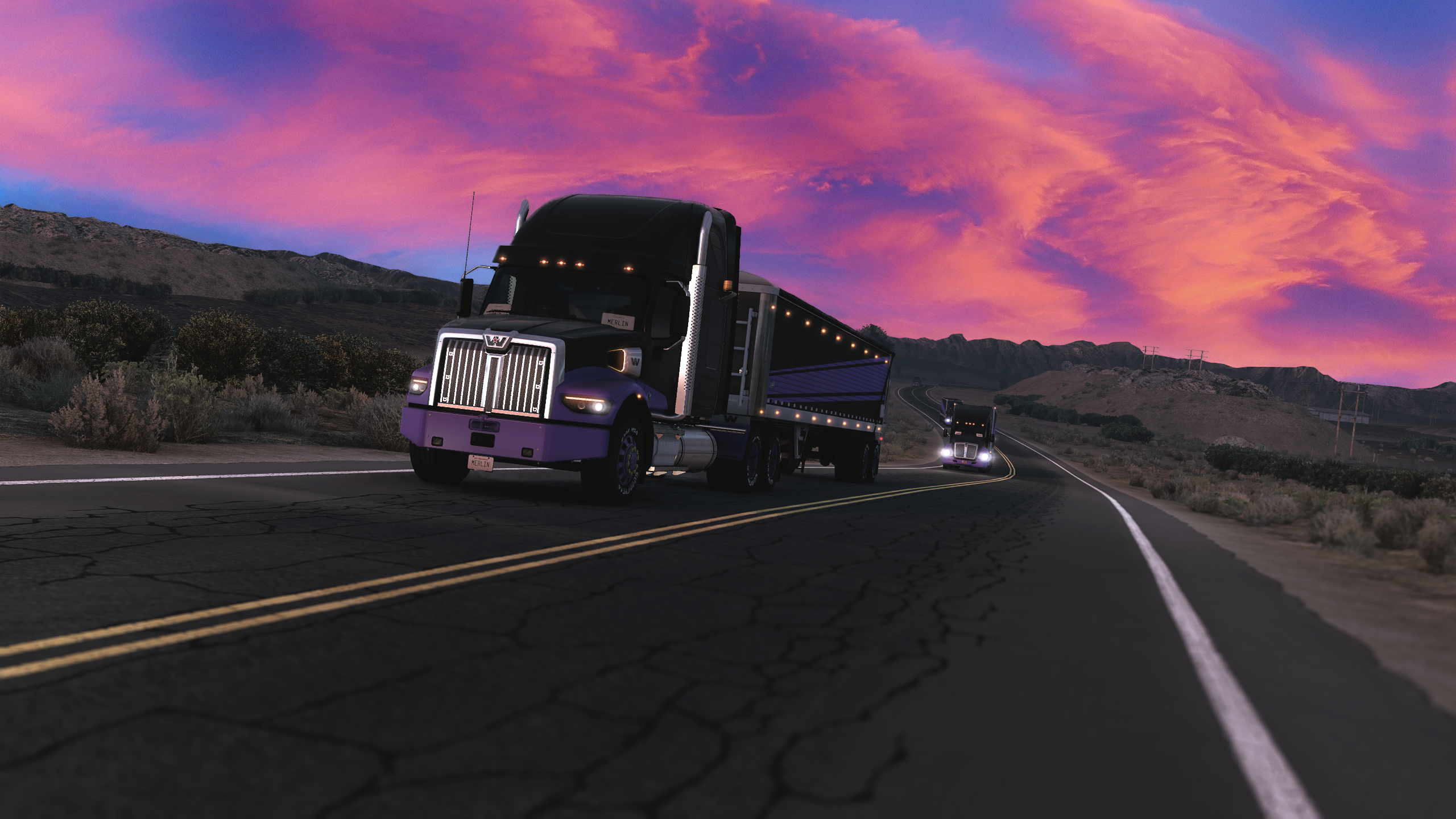 Please congratulate RandomWelshGuy on becoming Staff Member of the Month for March 2022!

Who doesn't know RandomWelshGuy, he is one of the most active members of our Discord server. He joined Prime in April 2021, and has since then logged around 200.000 kilometres, which is an incredible amount. On the 15th of August he joined the Examination Team, in which he's doing a lot of work so the chances are big that your exam has been conducted by him. In November he also joined the Convoy Control Team, helping us out at many of our convoys. Next to his work in the staff team he's also very active within the public Discord, welcoming new member but also sharing screenshots of the trips he's doing in-game. RandomWelshGuy is always open to have a chat and is a very active member of our community.

Thank you for all the work you have, and are doing and we enjoy you being a part of our community!

Please congratulate Antzz on becoming Driver of the Month for March 2022!

Antzz has joined Prime on the 13th of October 2021, and since then he logged a total of 134.304 points, of which 27.500 are event points. This means that he has attended 55 convoys, which is incredible in such a short period. That's why we think he deserves to be Driver of the Month, and he's not only attending convoys but he's also logging a lot of jobs. You might have also spotted him in our drivers channels as Antzz is chatting there every now and then.

Thank you for logging so much jobs, and presenting Prime at many events Antzz. We are very thankful for that!

Please congratulate Rider. on winning with a total of 47 upvotes! A very romantic picture of Rider together with another truck in American Truck Simulator.

In February we have been working a lot behind the scenes, so unfortunately there's not much we can share with you. We can only say that a system, that has been used since the start of Prime will receive a change. It's nothing big, but it might be more useful when it's changed. We will be able to share more information regarding that in March's newsletter.

There was a small decrease of total exams in February, from 100 to 90 exams. The most popular exam types are still the regular one, followed my the two recent ones lowboy, and livestock.

You might have also noticed that some of our route maps got revamped, this to make them more efficient clear to see. Be sure to check them out on our Drivers Hub

This is the second month in a row where we logged all of the 28 convoys our drivers attended, of which 8 where hosted by ourself. We see an average of 10-12 drivers attend the convoys, which means it's staying stable compared to last month.

This month we tested our bonus point system for an event. All our drivers that attended our weekly convoy on the 21st of February received 1.000 points instead of 500 points, and this has encouraged our drivers to attend our convoy as we saw a peek of 42 drivers attending. This is incredible to see!

This month the most work was done behind the scenes. Our Drivers Hub got updated to the latest version of Django, and with that all times on the Drivers Hub are now displayed in the user's local timezone. This is easier to avoid confusion regarding convoy departures, time of exams and more.

We see some more red numbers in our statistics, which is unfortunate to see but we are not getting discouraged by this. Our follower count on all platforms is still increasing, and we still see enough interaction on our posts.