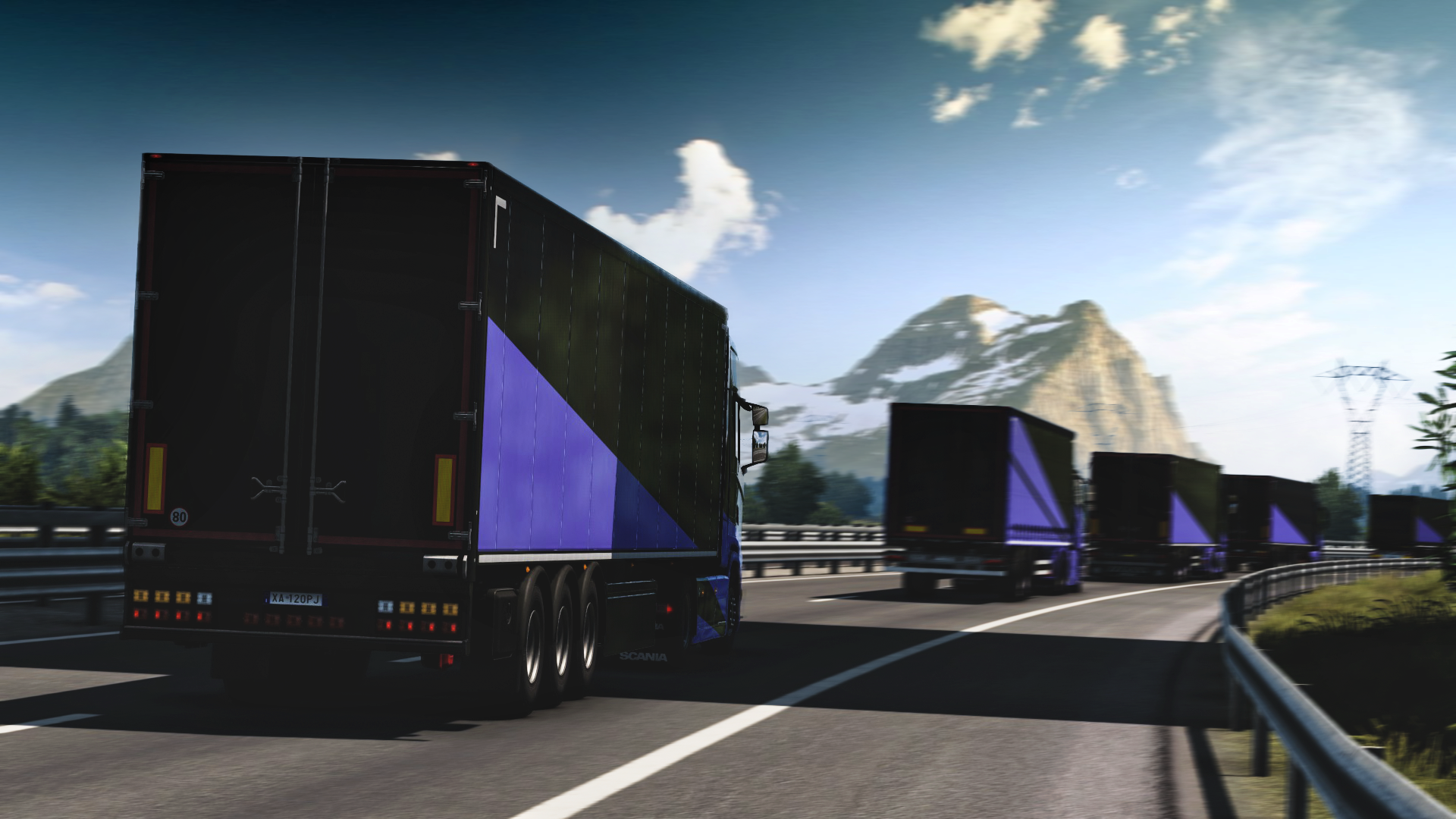 It’s time for our next newsletter, we hope you’ll enjoy the read!

Rider joined the VTC over a year ago, and since then she worked her way up to Assistant Director of Media. Not only is she fulfilling that role, she's also logging jobs and attending convoys. She has a total of 180.000 points on the recorder, of which 44.000 event points. That's incredible to see! In her position as Asst. Director of Media she's doing a lot for the Media Team, and specifically for the Photography Team; this is reflected at our convoys, with an average of 3-4 media member each convoy!

Thank you for all the work you have done for the VTC, Rider! Keep rocking it!

G0RILLASGLUE joined the VTC in January this year, and has since then already logged an incredible amount of 1.304.664 points. We have never seen anyone before ranking up so fast! He's already a Professional Driver and only needs 200.000 more points to get the highest rank. At this pace he'll pass BudokanTB in no-time. Next to that you'll also spot him in our drivers chat every now and then!

An astonishing picture of Scary driving his bus near the TruckersMP headquarters.

In July, we saw a massive increase in the number of applications received, from 115 in June, to 163 in July! Our acceptance rate increased to 67%.

Our driver count increased massively, from 664 in June, to 763 in July! This is as a result of the temporary removal of our activity requirements over the Summer, so our drivers don’t have to sit at their computers during this heat!

In July, we attended 32 convoys, of which 12 were public convoys. This is 1 less convoy attended compared to June. Unfortunately, 1 event was not logged this month.

We saw high average attendance per event, at 16 drivers. This increased attendance can be seen as a result of the points our drivers now receive for attending events, which was recently increased to 1000 per event!

Our highest attendance at an event was at our 132nd convoy, with 50 drivers attending.

In July we released a highly requested feature, that has been worked on for a long time, the bonus point system! Not only did we release that, a bit later we also released our gallery system! Our drivers are now able to create albums with their most beautiful pictures, and the Media Team will do so too.

Also did we add some other features, like automatic driver promotions, a new departure system and more. Also did we do a rework of the job page.

In July, we saw quite a bit more red. However, this was because we had a lot of posts in June!

We continued to see positive growth on all our platforms. Our Twitter follower count increased drastically, likely due to the giveaway we hosted! We also saw drastic growth in the likes we received on our Facebook page, which is great to see.

Our Instagram saw few likes due to fewer posts, however our follower count increased a lot more compared to June.

Our TruckersMP page saw the same statistics as in June.

In July, we saw a lot of change on who was at the top of our leaderboards! Congratulations to everyone below who got to the top!

Congratulations on attending the most events in July, 23 in total! Incredible!

[Media Team] [ITA] Alee_TMP steps down to Driver due to lack of time.

Thank you for reading this month's newsletter again, and we hope your ready for the next one!