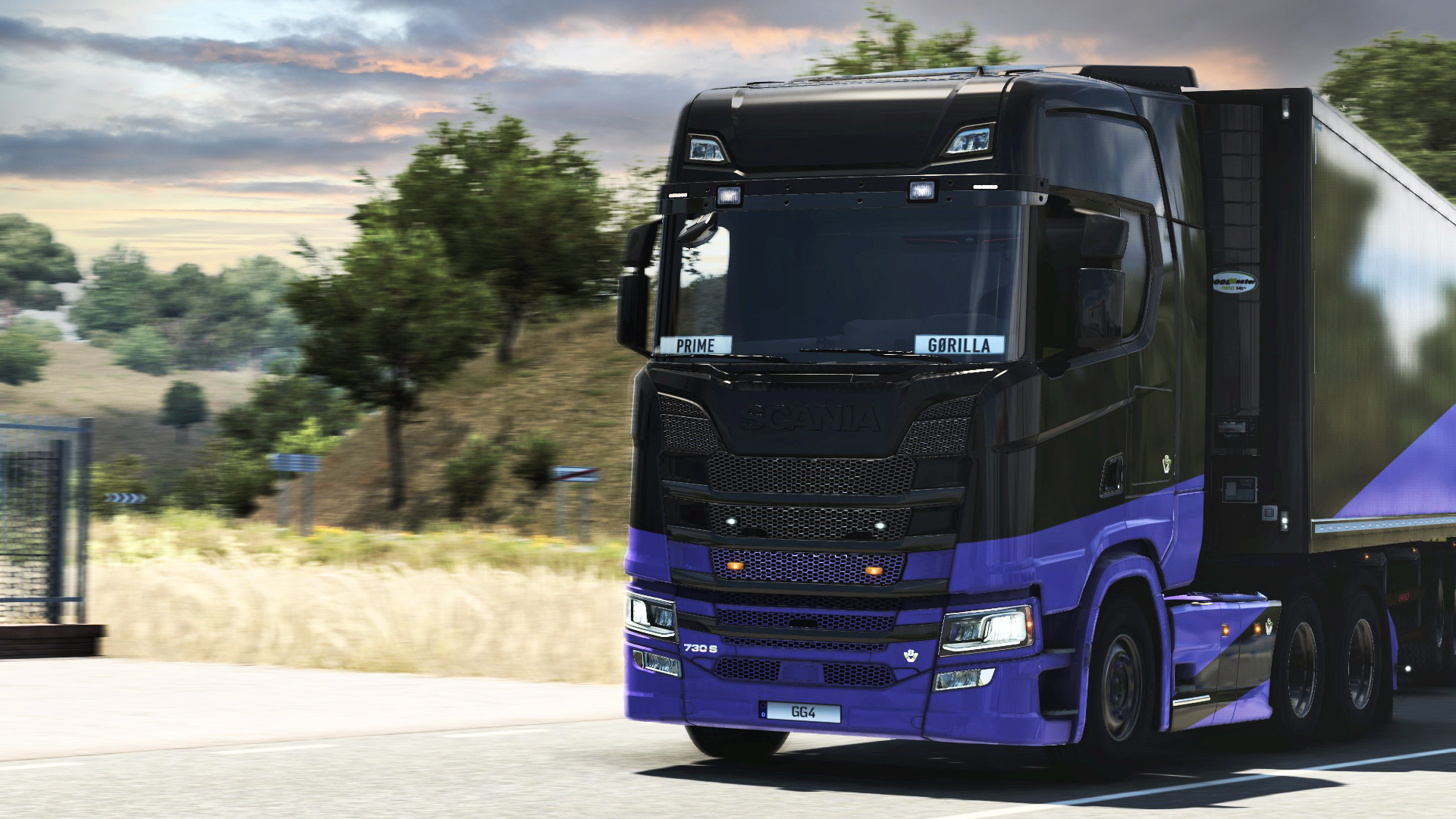 The newsletter was a bit later due to the rising temperatures. We would recommend everyone to hydrate yourself enough, and keep it cool!

Congratulations Nathan on becoming Staff of the Month for July 2022ç

Nathan joined Prime a while ago, in August 2019 and rejoined in May 2021. He has been in multiple departments, but now is the Director of Development. He, quite literally, saved Prime as we wouldn't have such a beautiful and modern Drivers Hub when our previous Director left. Think of any function, and he has made it; even this embed has been made with a function he made on our Drivers Hub. Not only is he developing new stuff for both drivers and staff, he also helped with support when the new Drivers Hub, and the also new tracker.

We can't be thankful enough for all the work you have put into Prime, Nathan. Keep it up!

Congratulations Enphyte on becoming Driver of the Month for July 2022!

Enphyte joined Prime around 6 months ago, and since then logged a total of 133.295 points which is an insane amount. Not only are they logging jobs, they also attended a lot of events. In May they even attended 18.000 points, which now equals 18 events. We can clearly see that Enphyte is wanting to represent Prime in the best way possible. Not only are they logging jobs, and attending events. Enphyte is always ready to have a chill chat with our drivers, and always have their camera ready to take a beautiful picture. We already have been able to admire them in our Picture of the Month competition.

Thank you for all the dedication you show towards Prime, Enpyte. We are really thankful for that and it's amazing to see. Keep it rocking!

Congratulations ItsPhilii99 on winning June’s Picture of the Month competition! A very beautiful edited picture of ItsPhilii's Scania on the road.

We didn’t do much in June as we were working on some big projects that are set to be launched in July. So keep an eye open for that.

Our driver count decreased slightly, from 672 drivers in May, to 664 drivers in June. This is the last activity check being completed until September, so we hope to see an increase in drivers for the following months.

In June, we saw a slight increase in the number of exams taken, from 49 in May, to 52 in June. The Prague - Salzburg route remained the most popular, however it is only by a small margin this time, compared to previous months.

The Regular Cargo exam remained the most popular. We also saw a slight increase in the average number of points per exam.

In June, we attended 33 convoys, of which 24 were public convoys. This is an increase in public convoy attendance, and a decrease in private convoys hosted by ourselves compared to last month.

Real Operations V13 saw a staggering 85 Prime drivers in attendance, doubling last month’s highest attendance at an event. This resulted in a higher average convoy attendance for the duration of the month.

In June we got a long awaited feature, and that are the more detailed leaderboards and graphics.

Here you can see an example of the profile page graphic:

And these are the new monthly leaderboards, which also leads to a new section in this newsletter.

There were also many fixes, and small changes such as different colors for the different roles and more.

In June, we continued to see positive growth on all our platforms. However, our follower count of Instagram remained consistent, only increasing by 1 follower. We saw a large increase in likes on Instagram, however, as a result of 3 more posts compared to the previous month.

Our Twitter page saw a decrease in total likes, which may be due to a variety of factors.

From this month onwards, we are adding a new section to our newsletter! Here, we will be mentioning drivers who have reached the top of the leaderboards on our DriversHub for a variety of reasons.

Congratulations on completing the longest job in June, a staggering 10,713km long! Impressive!

Congratulations on attending the most events in June, 25 in total! Amazing work!

Thank you for reading June’s newsletter, and stay hydrated!