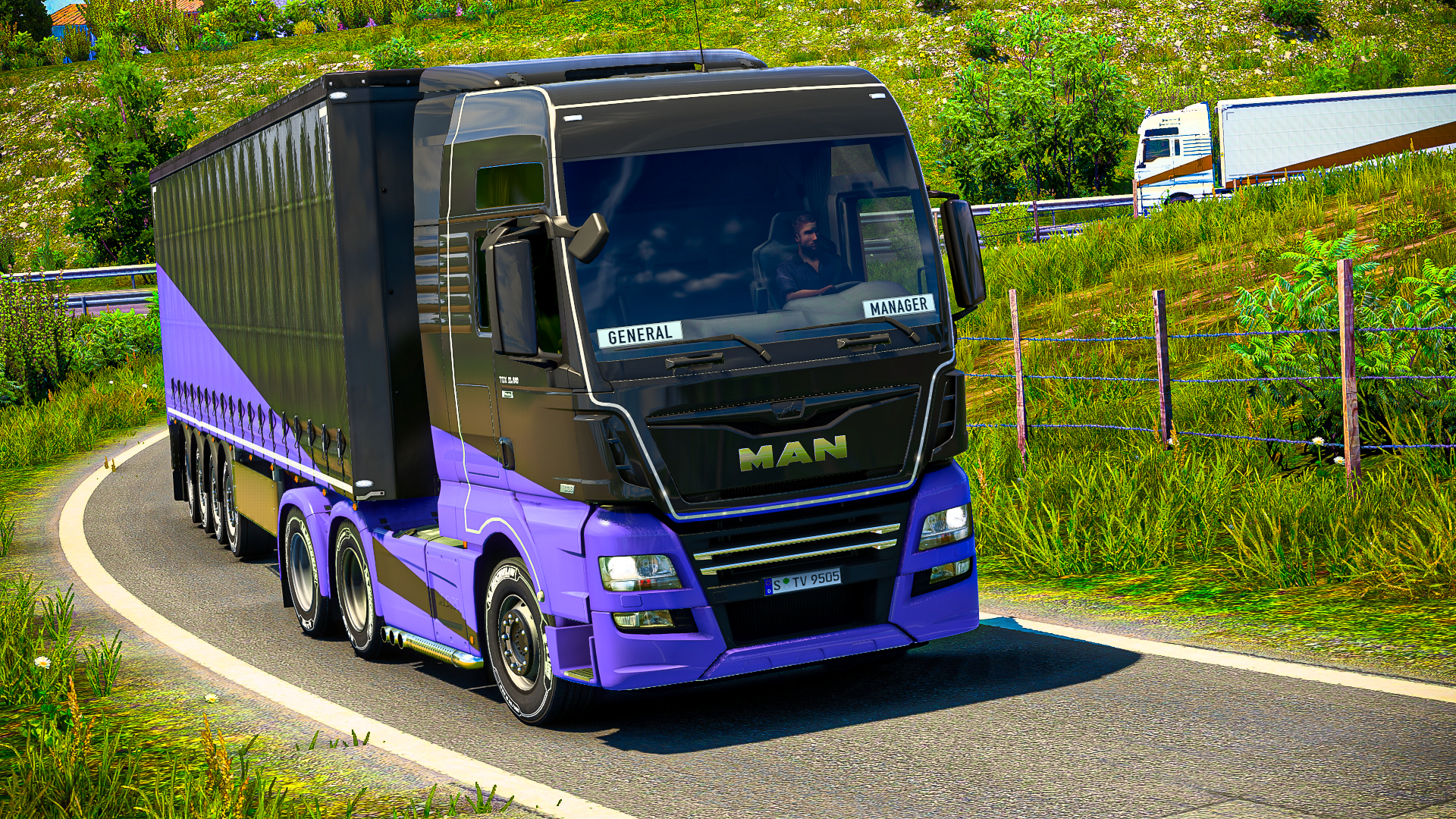 It's time for March's newsletter, a bit later than usual but still worth the read.

Please congratulate Merlin_76 on becoming Staff Member of the Month for April 2022!

Merlin is a veteran within the VTC as he joined the VTC on the 17th of July 2020, which is almost two year ago. Since then he logged an incredible amount of points, 750.000 (!!) in total. Not only is he logging jobs, he's also attending a lot of convoys. This is very helpful for our Event Team as he helps them logging every driver who attended a convoy. He started his career within the staff team on the 8th of December 2020 as a Convoy Control Team member and has since then helped at 54 of our weekly and monthly convoys, so the chances are big that he directed you the right way. We are incredibly thankful for that!

Thank you for being here for such a long time Merlin, we are really thankful for that and we hope you'll stay here for much longer! Keep it rocking!

Please congratulate TobiasVario942 on becoming Driver of the Month for April 2022!

Tobias has joined Prime on the 30th of August 2021, which is over one year and a half ago. Since then he already logged a total of 146.338 points. Not only is he supporting Prime by being a driver, but he's also supporting us financially by being a Prime Plus subscriber and we can not be more thankful for that! Not only is he logging miles, he's also very active in our Discord server and is always open to have chat. He likes to share his adventures from inside his tractor cabin, and our drivers seem to love it. And that's not it, apart from taking pictures from his in real life job he also loves to share pictures when delivering freight for Prime Logistics.

Thank you Tobias for all the dedication you show towards Prime, we can not be thankful enough for that! You really deserved this!

Congrats Scary on winning March's Picture of the Month competition with a total of 57 upvotes! An astonishing picture of Scary taking a break near a donut shop in the US.

In March we did the usual behind the scenes work. But we also launched a relatively big project we have been working on for a while. We removed our support, and drivers support channel and replaced it with a brand new support system. Users can open a ticket with our support team, which consists of some trained staff members that can help you with most of your problems, and if it's not fixable they will pass it on to the correct department.
Not only are you able to open a ticket with the support team, you can also open one with the Human Resources Team to report scammers, request to leave the VTC or anything else; and next to that you can also open one with the Human Resources Directors if you want to rejoin the VTC.
And that's not it, we also made a section for Event Directors so they can easily receive questions regarding our events, and receive event invitations. More information can be found on our Discord server.

In March, we saw a slight increase in the number of applications submitted. However, the acceptance rate dropped from 57.4% to 53.7%, a 3.7% decrease. We welcome 73 new people into the VTC in March.

Our driver count also saw a slight decrease from 661 in February to 638 in March, a 4% decrease. This is following the continuation of our activity checks, where we are having to remove inactive drivers from the VTC.

In March, we saw a slight drop in the number of exams taken compared to previous months. However, the percentage of passed exams, and number of points per exam stayed close to consistent.

During March, we attended 28 convoys, of which 7 were hosted by ourselves. Unfortunately, 3 convoys did not get logged during this month, but we hope to get all convoys logged again in April!

We also opened Convoy Control applications at the end of March. All this information will be available in next month’s Newsletter!

In March we released version 2022.3.0 of the Drivers Hub. This update was mostly focused on back-end systems, which means there are only a few changes visible to the drivers. But these changes include all times being in the user's own timezone, which means that the greeting on the main page changes depending on the time of the day.

Keep tuned for next month's update, as more visible changes will be included in that version.

We also posted 10 news posts on our TruckersMP page in March, which is double what we posted in February, which is great to see.

We also opened Public Relations Team applications at the end of the month, and more information regarding this will be found in next month’s Newsletter.

[Director of Recruitment] Extionix leaves Prime Logistics after 3 years of dedication towards the VTC.
[Examination Team] Ashley left the team due to lack of time.
[Human Resources and Public Relations Team] Xico26 leaves the VTC due to a lack of motivation.
[Convoy Control Team] Toby has been removed from the team due to internal reasons.
[Convoy Control Team] flowahh leaves the staff team due to personal reasons.
[Human Resources Team] Wraith has been removed from the Staff Team due to internal reasons.

Thank you for reading this month's newsletter, and stay tuned for next month's as we will update you of what happened within the VTC.