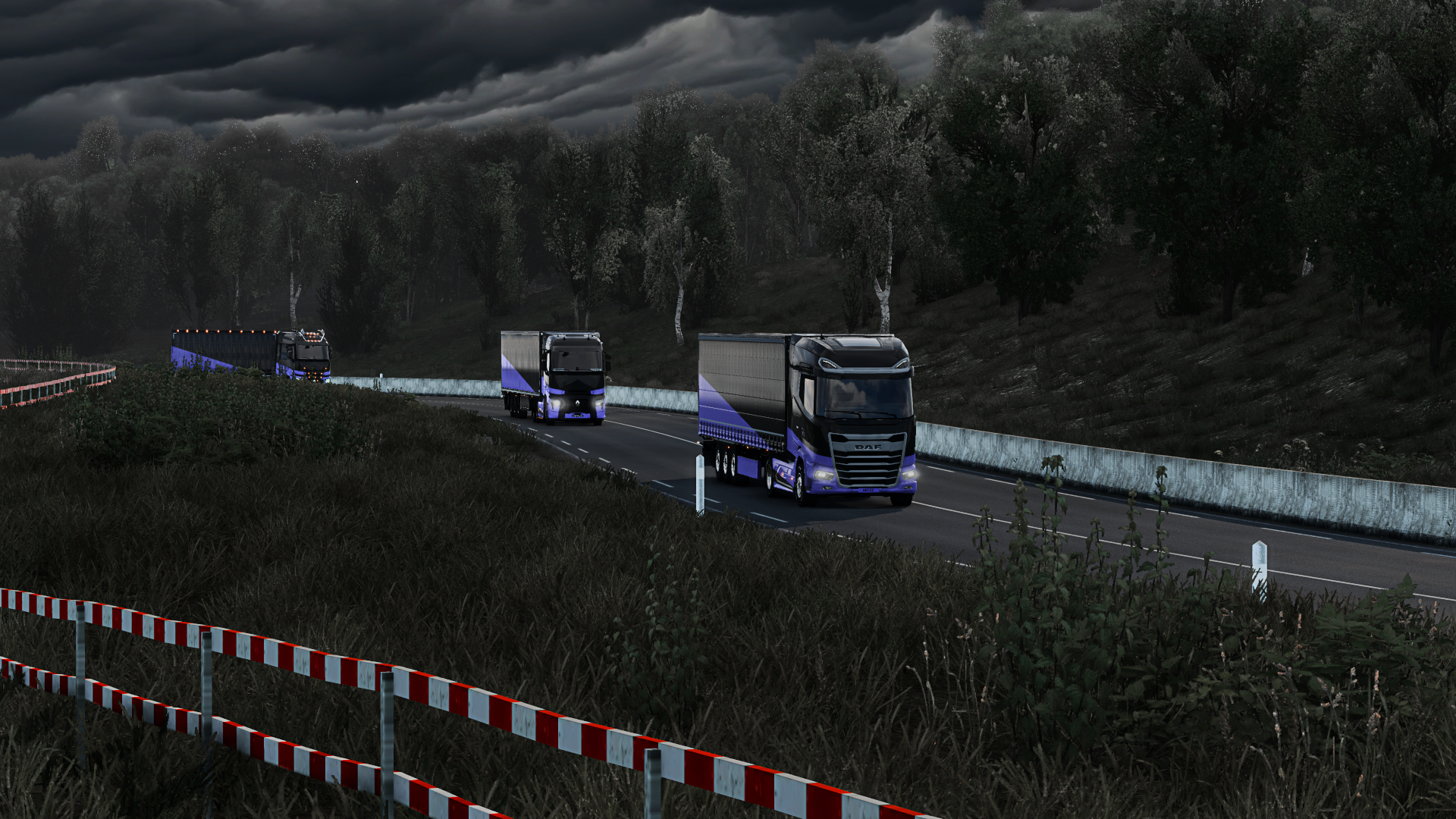 Hello everyone, December is here which means it's time for the newsletter of last month!

It has been quite a calm month as the development team was very busy working on the new Drivershub, which has been released a couple of days ago.

Please congratulate RagtagBoss on becoming Staff of the Month for December 2021!

Ragtag joined Prime in July 2020, which is over a year ago. Since then he has logged a total of 274 jobs, which equals a total of 245.291 kilometres. Ragtag has been really active as a driver and was always chatting with our drivers, and on the 26th of May he joined the staff team as a Convoy Control. Later he transferred to the Human Resources Team, and he recently also joined the Examination Team. He's always there to help a driver out when needed, and still loves to have a chat with the public and our drivers. When our tracker went down he answered many questions from our drivers and helped, together with the HR team, to check all the manual submitted jobs.

Thanks for all the work you've done in Prime, Ragtag. We can not thank you enough!

Please congratulate Scanva Diesel A/S on becoming Driver of the Month for December 2021!

Scanva first joined Prime in April 2021 and has since then logged over 70.000 kilometres and logged a total of 100 jobs! Despite the tracker problems, Scanva still continues to log his jobs manually. Scanva is not only logging a lot of miles, but is also very active in our Discord server. He's always welcoming the new people, or is having a chat with the public and our drivers. You might have also spotted one of his beautiful pictures he likes to take which we were able to admire in our Picture of the Month competition, or in our media channel.

Thanks for showing so much dedication towards Prime, Scanva! We really appreciate it and keep rocking it!

Congrats ItsPhilii99 on winning November's Picture of the Month with a total of 49 upvotes! An astonishing picture of you driving your truck through the snowy roads in American Truck Simulator.

Congrats Andreas on winning the staff's Picture of the Month competition with a beautiful picture taken at the end of our weekly convoy!

As mentioned before there are some big changes coming up, you may expect them in the beginning of 2022.

We attended a total of 27 events in November, of which 11 were hosted by ourself. This also included our hundredth convoy, where we saw 32 driver attend and together with the public we had a total of 168 people attend. We hope to see an increase of people attending our events next month as we will now be awarding our drivers who are attending events, but stayed for the next month's newsletter to read more about that.

In November the development team has been very busy with finishing the Drivershub, and it getting tested by the staff members. This to launch our new Drivershub and new tracker in December. We did only one leak during this period which can be found here.

In November we saw a significant decrease in the amount of posts, and likes received on our posts. This is caused because October was a very busy month with our third year anniversary event; then we did multiple posts on one day. But nevertheless we can be proud of these numbers, as we still receive a good amount of likes on our posts and our follower-count keeps increasing.

Dan Harvey has been suspended from the Examinations Team due to internal reasons.

Thanks for reading this month's newsletter. We didn't had much special going on this month, but this will be compensated next month with an extra big newsletter. Stay tuned for that!